This weekend was quite the adventure, Friday and Saturday was spent at home mostly working on DollFace Stuff. We did go eat at this cute little place called the Moon Shine Grill. The food was comfort food and it was so yummy!! 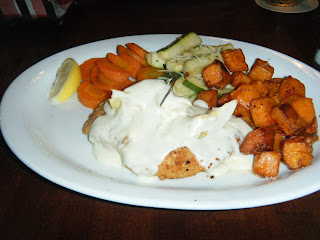 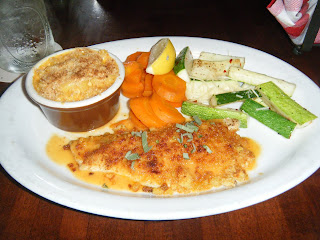 I also went to Spec's this huge liquor store that also sales gourmet food. Lets, just say I almost died. They have a whole baking aisle, and it had all types of amazing stuff. When I saw the labels on these Extracts ( I've never seen chocolate extract)..I knew I had to have them!!! 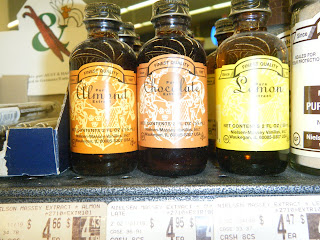 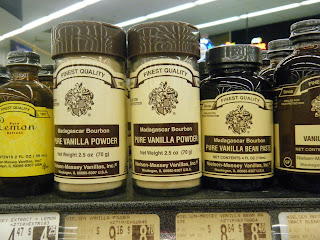 ( Vanilla Powder, this is new to me)

So, Sunday we went to the Tattoo Convention…LAME-O. So we pay $15.00 to get into this thing, and there are like 10 people there. It was so cheesy. I am assuming since it was 3 days, the action packed stuff happened on Friday and Saturday. I wanted to get a new tattoo (a cupcake with the wording BAKE or DIE, around it) but decided to wait. I have a guy who normally does all my ink, so I am thinking I will just go to him.

After leaving the convention we decided to explore downtown Austin. So, we’ve all lived here for years, and we never do anything. Downtown has a ton of cool stuff, we went to the Museum of the Weird, which had a lot of crazy stuff in it. I asked the owner if I die from fright would happen, he told me he would put me on display…LOL!!

Congress is another cool street in Austin, that is chock full of fun stores. The first place we went was this cool kitschy toy store called Monkey See Monkey Do (I totally forgot to take pictures, but you can check out more here) Then we to the amazing candy store called Big Top Candy. The whole place is set up like an old circus, its really neat and you can get old fashion malt shakes and this thing called an egg cream (which sounded really gross).

After that sugar rush it was time for more sugar, so we went across the street to Hey Cupcake, the original cupcake trailer. I did a quick photo session with my friend Kendra…and they came out super cute!

After that we made it Final Destination, it was lame as expected, but the 3D was fun.

I had a ton of pictures, so I just added them to flickr...so what you waiting for ?