So, I promise once I am back from VACAY, I will stop being LAME and get back to regular blogging! 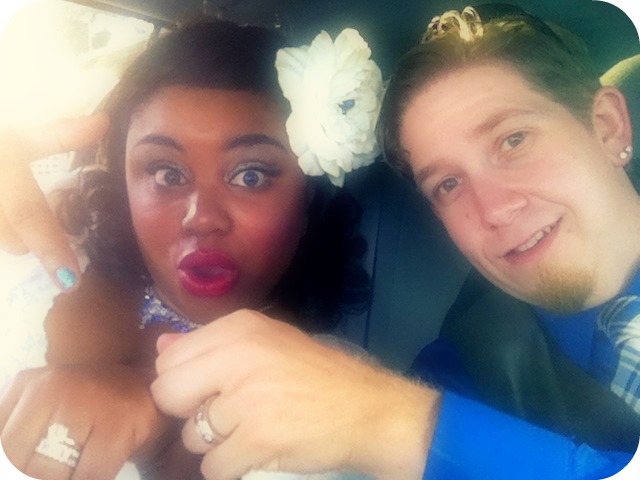 This weekend actually felt normal…I got to sleep in, or at least tried to. My body must be use to get up early, because I tried my darndest, but I was up super early.

Friday was a Holiday so we had the whole day to spend together and it was great. The boy has started running, and since the weather was pretty awesome me and Loco went along to do a little walking. 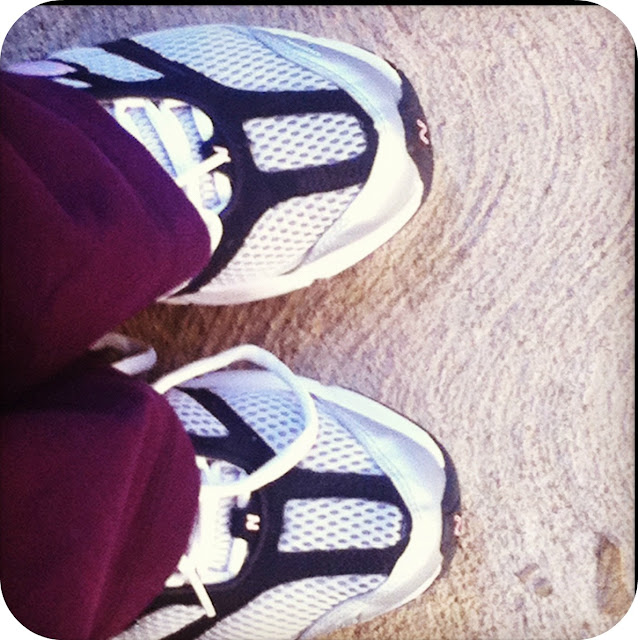 We went out with friends for drinks and dinner…and someone had WAY too many mimosa’s and lost their wallet, only to realize it the next day, then they found out by the restaurant that a good Samaritan had turned it in. Go to pick it up from the restaurant to find it was run over and one of my cards was broken and the others were bent up. I am just elated that someone turned them in…and I can still use them until I get my new ones in the mail.

Saturday we tried a new local ice cream place in town called “Lick”….AMAZING is all I can say. 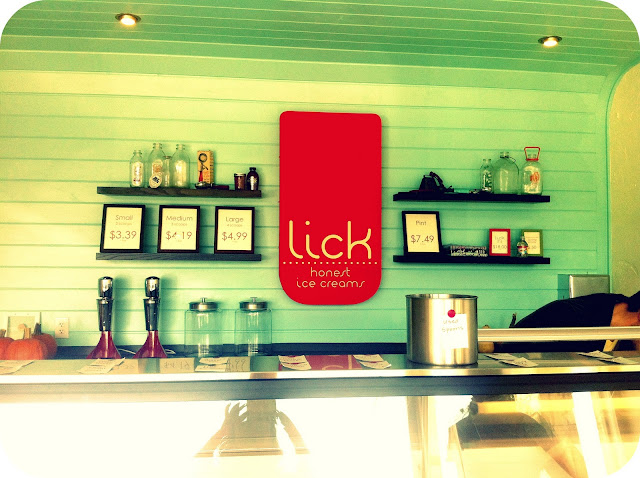 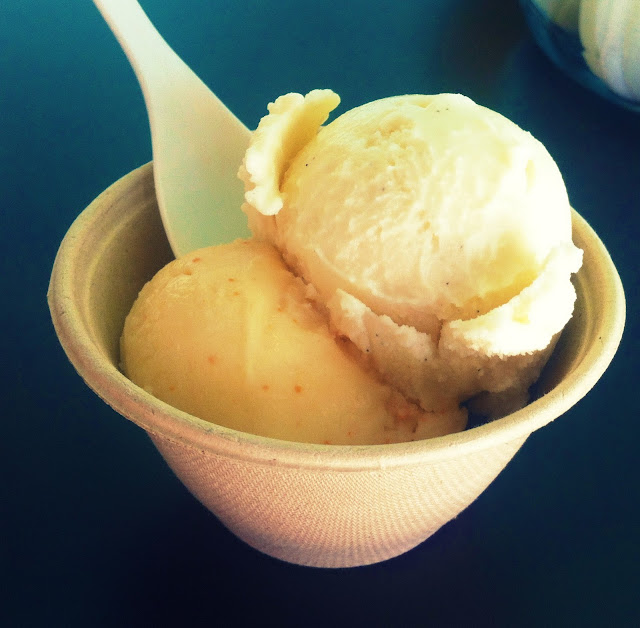 We got to try so many unique and fun flavors, and I settled on Carrot/Tarragon and Vanilla Bean, while the boy ended up with mix mosh of four flavors…one including cilantro lime…which was EXCELLENT. 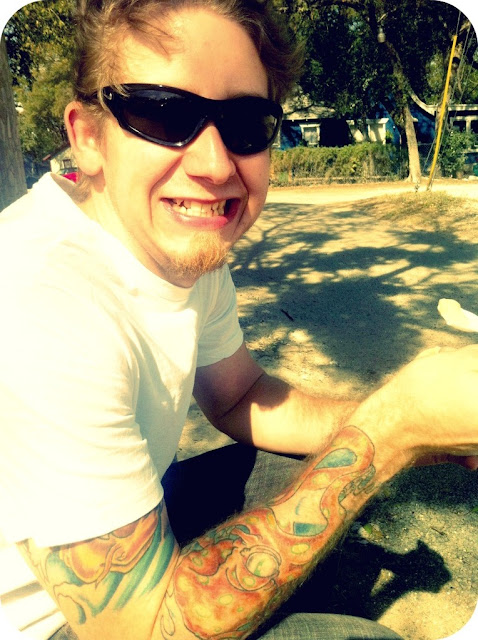 Movies later that night to see “Immortals’, which was just okay. (Totally should have waited for Netflix) Finished off the weekend with wedding hair pieces and boutonnières and baked butter and sugar. 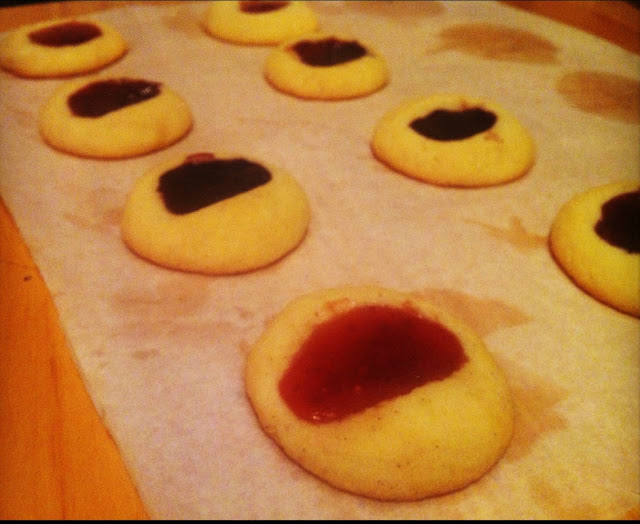 The only thing freaking me out, is the forecast of rain this weekend.  Its pouring as I am typing and I am hoping we don't endure it this weekend....BOO!!
Posted by I BLEED PINK at 9:08 AM 3 comments:

This week has already been super busy and it’s only Wednesday. Monday we went and picked up our marriage license. For some reason I thought it was going to be this long drawn out process, but it was SUPER QUICK. We picked a number, not even 5 minutes later we were at the front desk, paying our fee and signing off on our paperwork. (So, theres not backing out now...LOL) 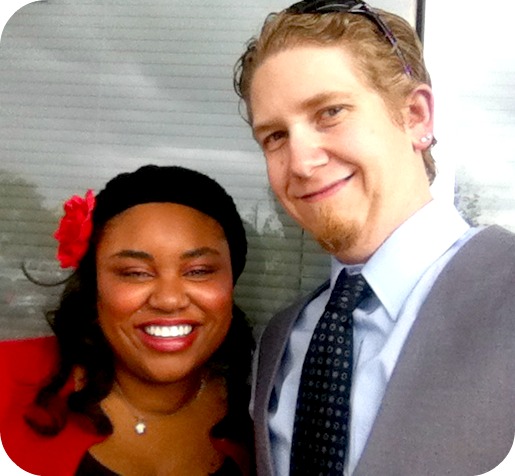 Tuesday the boy’s office threw us a wedding shower. Now, I have to be honest I was totally against this whole process. I didn’t want any showers, and when he told me his office wanted to do something I was all for bailing out. I have to say they shocked and surprised me and totally went all out. There was tons of food, and gifts and someone even made us a wedding cake. 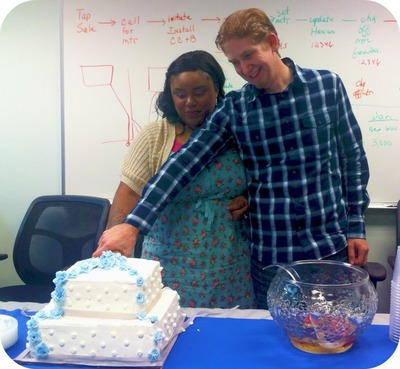 At this point I think were just ready for the day to get here and for HONEYMOON TIME!! I can't even explain how excited and stoked I am for our trip.

Also, as of last week I am offically a CERTIFIED Pastry Chef.  Graduation won't be until April, but its feels good to be accomplished with one of many goals.  November has been so good to me, and its just the beginning!! 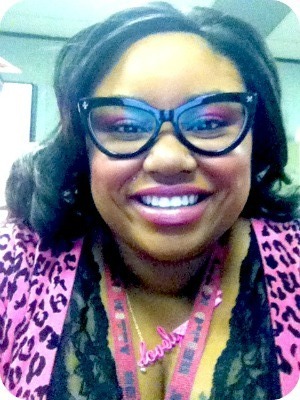 Guess who got new glasses....and yes, they are pretty SNAZZY!!

So I am trying to wrap my mind around the fact that everything is coming a head in a little over two weeks….EEK!! Literally this time has flown by, it’s CRAZY!!!

Externship is officially over this week, I’ve applied for several jobs in the field and I actually got offered two of them. The disappointing thing is that many don’t offer the hours or pay my office job does, so it would be a HUGE adjustment. I was rather depressed last week trying to figure out what do. I really want to jump into this field, but it might not be a possibility right away. I’ve just had a lot to think about and still today I don’t feel like I have a real resolution. Ultimately I would love to get my company off the ground and get to a point where it’s the only thing I do.

Its frustrating because one one hand I have all these exciting and uplifting changes occuring and on the other hand I feel lost and sad at other changes....DAMN YOU LIFE!!﻿

Over the weekend, the boy and I went to the most amazing DRAG show. 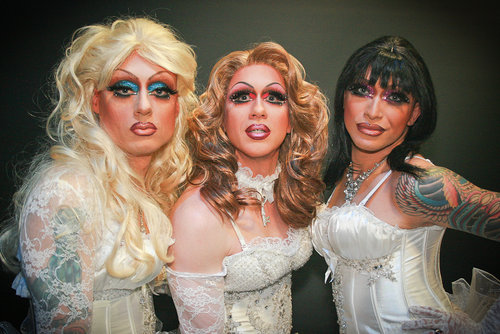 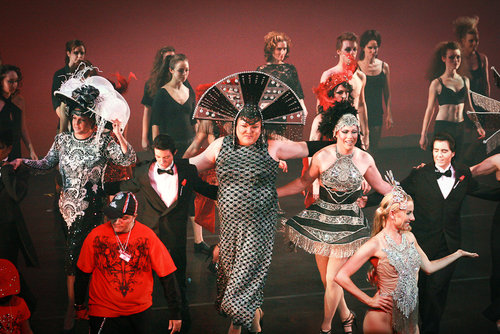 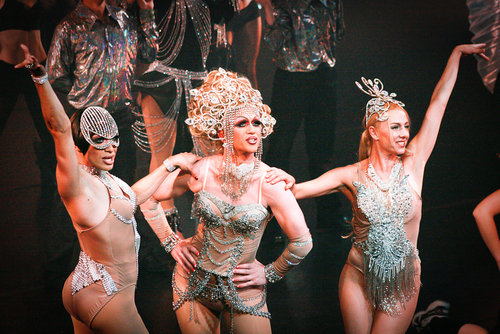 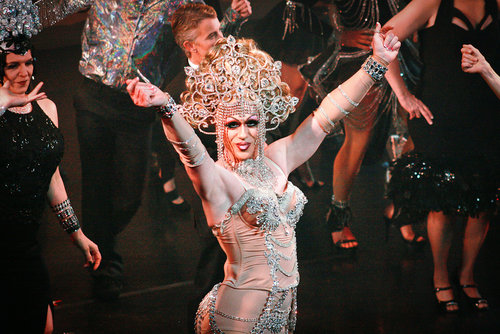 (Photo Source)
It was Vegas themed and so entertaining.  They did Katy Perry, Celine Dion and Lady Gaga.  I left feeling like a shabby girl after seeing these DIVAS in action. I mean they were doing these dance moves in killer heels, I can't even get out of my car in flats without falling down...LOL!!
Posted by I BLEED PINK at 8:15 AM 5 comments: