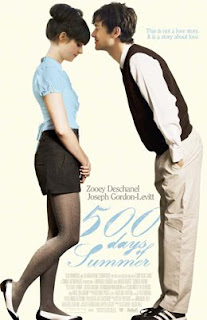 I am a sucker for a good love story, but this was totally new and unexpected. Zooey Deschanel was uber cute and has the best wardrobe in this move, along with that her co-star Joseph Gordon-Levitt has turned into a major cutie (Remember him from 10 things I hate about you…I loved that movie too) The soundtrack for the movie is also AWESOME and should be purchased ASAP!!

Being the Wonderful GF I am I obliged to attend with the BF a Staind concert. Lets just say it was not the highlight of my weekend. I do these things, because I love him and with that love comes the lack of my hearing, being witness to more women in tube tops and men with mullets than one person should see in one place. The concert consisted of some band I had never heard of, a band named Chevelle and Staind (I was quite surprised at how many songs I actually knew from their playlist). An unexpected surprise came toward the end of the night when the lead singer did an acoustic set about 3 feet in front of us. 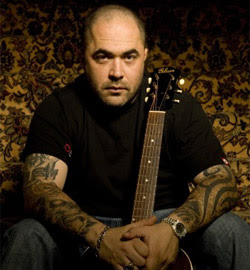 The night was interesting to say the least, but it’s not something I will have any desire to partake in anytime soon. The BF was quite startled when he got hit on by a Cougar (wearing an original 1980’s Black Sabbath T-Shirt) and her Cub…

Also, I somehow got tricked into making a wedding cake for an old friend of mine. Yesterday we did a tasting for the cake, which was Guava and Haupia (Hawaiin Coconut cream cake). Now this was my first time making either, and I was pretty proud of how they came out, but I knew I would get some feedback since this cake is supposed to have a certain texture to it. While they were stuffing their faces with my cake, they are telling me how I need to “FIX” it. So, let me get this its terribly wrong, but your going to ask me if you can take the leftovers home….people are so strange. I have a pretty thick skin, so I didn’t take anything personal, I just kind of felt like they had to find reasons to complain. But, I guess it goes hand and hand with this type of business.

Question, does anyone have a good Cream Cheese Buttercream recipe?