Why do weekends go so fast, but work days go so slow? It seemed liked the weekend was over before I got to really enjoy it, so BOO to that!!! The BF took in our weekend movie and saw “The Book of Eli”, it was sooooooooooooooooo boring. I wanted so bad to try and like this movie, but about 30 minutes into the film I was playing the stare at other people game. (people are so weird…LOL)
Old Navy was having a killer sale and I did some major damage. I got a hundred dollars worth of stuff for less than 40 bucks…it was insane and I LOVED it!! 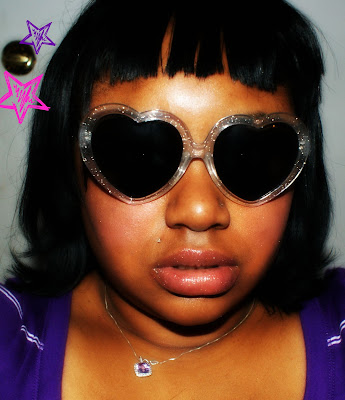 (Old Navy had these glasses in a bunch of colors, I just had to get a pair...and yes, I know this picture looks like a mug shoot as my mother so nicely put it!!)

I also bought my first pair of grown up shoes. See, when it comes to shoes I am cheap…Wal-Mart, Payless I am dandy, now the BF is a different story. When it comes to shoes he turns his nose at my inexpensive shopping choices and sticks to his stores of choice. Steve Madden is his bee’s knees. For me, its hard o wrap my brain around the concept of spending more than $20.00 for a pair of shoes…I know...I know (what would Carrie B. say) After sitting in Steve Madden for what seemed like hours (waiting on someone to try on every shoe in the store) I notice these cute boots. Usually boots don’t fit my fat calves, but they were booties, so I was thinking why not I will try them on. Worse mistake ever, because I loved them and had to have them. Lucky for me the store was also having a sale, so I got the boots for half off, but they were still $80.00. (it took a few minutes for the sales girl to maneuver my debit card from my shaking hands) 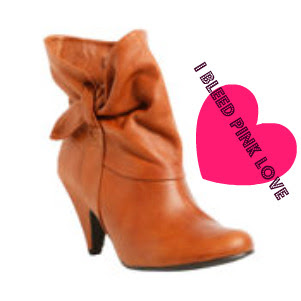 (They come in black too and I really want them....but I think I would have a nervous breakdown spending that kind of money on shoes twice...LOL!!

The rest of the weekend was spent cleaning out my messy closet. I read something that said color coordinating your clothes can help you stay organized but also save you money (it allows you to see what you already have, versus buying the same thing over and over) It has also made me realize that I own way too many clothes!!! I gave a bunch of them away to Goodwill, but it didn’t even put a dent into my stash. I really need to get better about not spending so much money on clothes (yes…I am snickering too!!)

Oh ya…I had some time for baking too!! 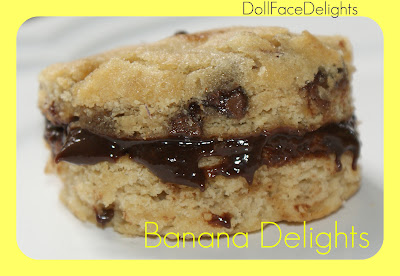 Random side notes ...how AWESOME is this necklace I got off Etsy.

I'm few weeks behind, but I've been convinced to do the 365 project so expect to see more random pictures.