I am bored at work, and the people in my office are talking about stuff that is making my ears bleed and my skin crawl…I mean who comes to work to show off their rash they aquired last night, ewww gross????? People are so GROSS to me, and drive me insane with their nonesense.

Their convo’s did get me thinking, how neat would it be if tools used on the Internet could be used in real-life.

1. Have you ever seen out of the corner of your eye that person about to come up too you and start tallking,and you want nothing to do with that convo….well this is where your Pop-up Blocker comes into play.

2. How about you’ve been tricked into talking to someone and you could careless what their saying (you know when your eyes start to glaze over and you hear the teacher from Charlie Brown….bog wog wog) here comes your Spam Blocker it will help you cut out all that crap you don’t need to be bothered with.

3. Its Saturday night your out of the club and that icky guy is eyeballing you, Anti-Virus to the Rescue or even better DELETE!!!

4. So, the guy has gotten pass the Anti-Virus (damn Norton) open up Paint and edit that guy to your dreams desire….ha ha ha 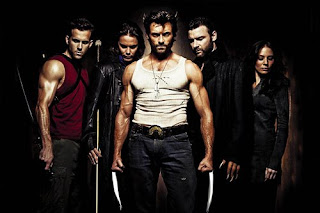 So, on another note went and saw the Wolverine Movie, and it was decent. Hugh Jackman and Ryan Reynolds were Delish, but the storyline was kind of lame. During the movie there was someone sitting behind us, who felt the need to clap like a crazy person everytime they laughed….(oh where oh where was my Spam blocker then). It was pretty annoying, because the movie was not even funny. Another factor to prove my point of how much people drive me insane!!!
Posted by I BLEED PINK at 1:56 PM

Email ThisBlogThis!Share to TwitterShare to FacebookShare to Pinterest
Labels: Bored at work