I survived Friday the 13th…WOO HOO!!! After the whole cupcake massacre I decided it was best I stay in and not venture out into the scary world again. Just when I thought the curse was broken, I started to make a cake for another baby shower for Sunday. I was moving along, things were looking good, I put my cakes in the oven and then I smelled something burning, I rush over to the oven and my cakes had literally leaked out of the pan and are all over the bottom of my oven….it was an UBER FAIL!!! (but that’s what I get for trying out a new recipe)

To my surprise I didn’t freak out, I ate a ton of the crunchy batter in the pan, and just started over. As my mother would say “Don’t sweat the small stuff”, I could have totally stressed myself out, but just rolled with the major punch to my stomach.  In the long run the cake turned out great and no one got killed in the process.

I had my last sewing class on Sunday and we made skirts. This was my final project and couldn’t believe how much I loved how my skirt came out.  I wish I would have taken a closer picture, so you could see the cute little cherries on it.

I also made these little clips for my tank top. (ya, i was been all Crafty!!)  I hate when my bra strap shows and wanted a cute way to cover it up...so Ta Da... 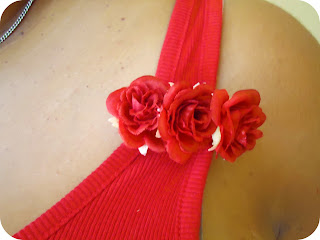 Later that night I went to the fabric store to get some more supplies, and for some reason anytime I would put my sewing stuff down Loco would find it necessary to lie on it. 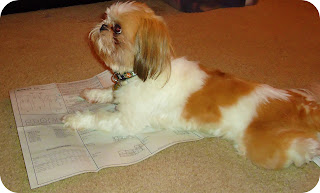 It was so crazy, I guess he doesn't like anything else taking my attention away from him. (Sounds like another boy in my life...SIDE EYE!!!) After I was FINALLY able to get him to move off my fabric I  cranked out this other skirt. 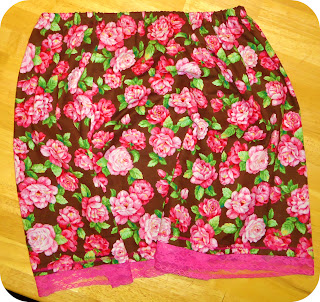 The BF and I went and saw the Expendables and it was as CRAPTASTIC as expected!! Let’s just say it was my ultimate Hot Mess Fantasy.

Other than that I also caught up on some “quality” entertainment…Real Housewives of NJ (Danielle works my nerves, I think she is so DRAMATIC) Jersey Shore (Love my SNOOKI!!!!), Teen Mom (Can I just say how much I HATE Gary, and want to punch Amber in the face for sticking with him)