The BF and I ate SOOOOOOOOOOOOOOOOOO much junk over the weekend. We went to the coolest café that is set up in a recycled storage warehouse, called La Boite Cafe. 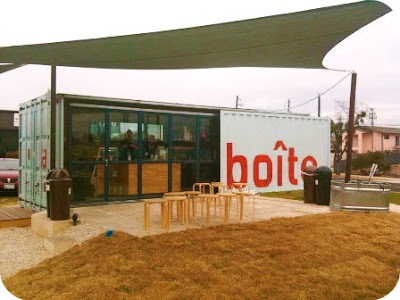 I was super excited to try this place out, as they are one of two places in Austin that sale the infamous French Macrons. 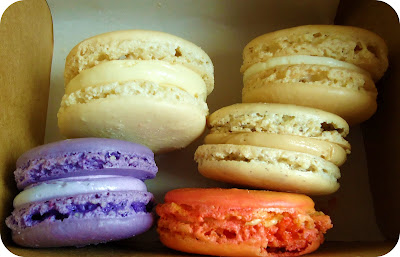 We tried one of each flavor, the only ones I can recall are the purple which was lavender and orange was peach.  I think there was also a vanilla, and one with carmel, but honestly the filling they used tasted like a big stick of butter.   They all had the perfect chewy texture but lacked flavor, it was hard to tell one from the other (as u can tell from my detailed descriptions...LOL) if u were not looking at the bright colors. It was totally not worth the $10.00 I spent. 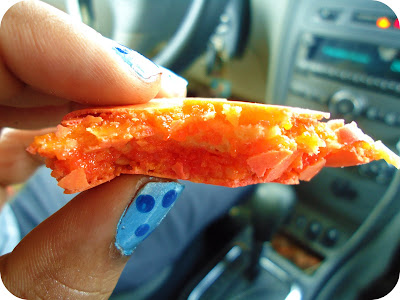 Later that day we washed the Macrons down with doughnuts, from this place called Gourdoughs. This is a pretty new food trailer in Austin and their speciality are huge fried doughnuts. 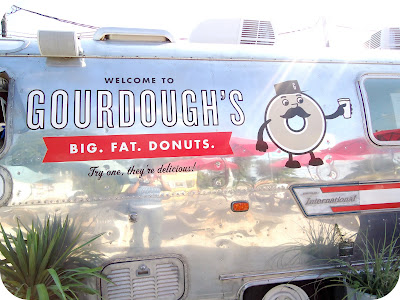 (How cute is their Logo)
We got one with chocolate fudge, coconut and coconut cream inside, but I almost passed out when the BF said it was almost 5.00 for a doughnut....thats until that monster came out!! 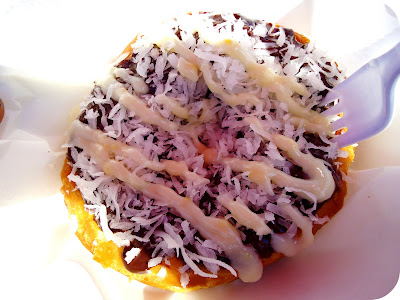 It was so warm and FRIED (it almost tasted like a big funnel cake!!) and as much as we tried even among the two of us we could not finish the whole thing.   I can't wait to go back and try more, they even have one that has a chicken strip on it.
We also had Mimosa's (Happy Hour is my BFF!!!) and mexican food, we had to get our nutrients from somewhere!! 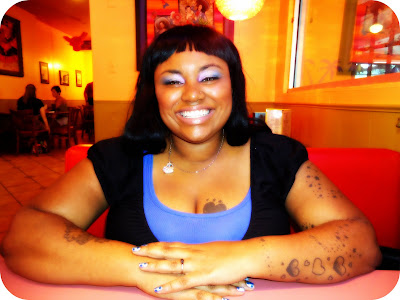 (Can u see me hiding my excitement for my next drink)
Along with our eating binge we went to the movies several times over the weekend.  We saw "Machete" and "Going the Distance". 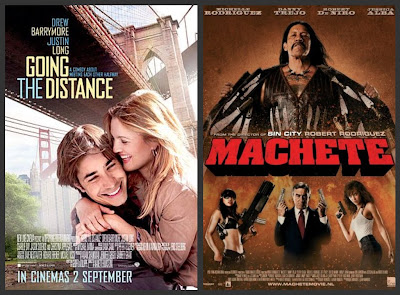 "Machete" was AMAZING!!!  It was so trashy and terrific at the same time. (People were  actually clapping at the end...LOL)  The cooleset thing was the movie was filmed here in Austin, and they shut down several streets by my office to film it, so we were able to point out all types of places in the film.  I also thought it was quite funny and ironic that Lindsey Lohan played a Crackhead in the movie....LOL!!!
"Going the Distance" was also really good...I love Drew Barrymore and it was just a cute fun film!!
I love long weekends and exploring the city with the BF.  Its a shame to say but we never fully take advantage of the fun city with live in, so its always nice to change things up from our normal weekend routine and end our day like this!! 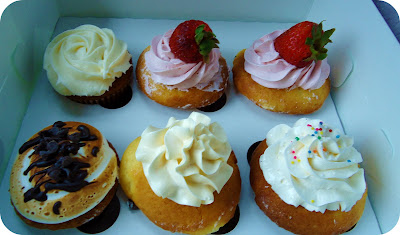