Last week was HELL….we had three days to create a 60 piece petit four platter and it was insane. We had to come up with everything, the flavor, design (I did a coconut, lime and chocolate theme), and your production schedule along with working with 20 other people in your way and a limited amount of time each day to get everything done. Lets just say I was S-T-R-E-S-S-E-D out!!!

I felt so proud and accomplished when I was the second person to be finished and I ended the class with an A…..HOLLA!! The crappy thing was we didn’t get to eat anything, because another class was going to be using our desserts for something else….and I didn’t get a picture, so BOO to that!!! To celebrate the boy and I did a very late dinner at Denny’s (I LOVE that place…I mean you can get a whole meal for under 5 bucks...LOL). 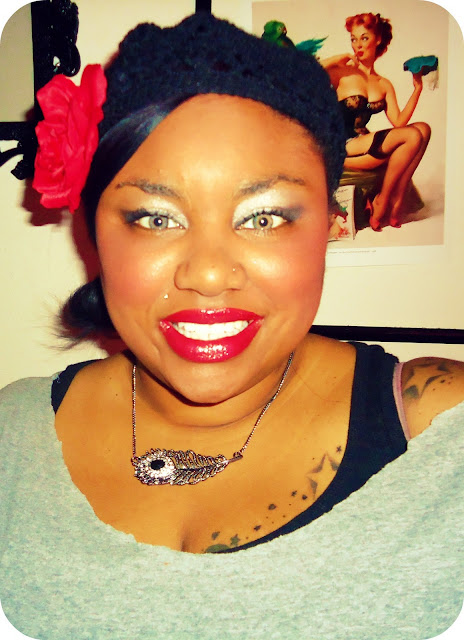 (You can really see my new tattoo in my nifty DIY flash dance top, that I've been too lazy to take a decent picture of...yes I know...I SUCK)

(Wow, my legs look kind of wonkey...LOL)
The rest of the weekend we stayed in, watched movies ( I caught the worst (which in my world means THE BEST) 80’s horror film called “Bloody Birthday”, its about a group of kids who decide to celebrate their birthday by going on a killing spree…..it was the biggest HOT MESS ever and I enjoyed every bit of it. I did my taxes and got WAY JEALOUS when I saw the boy was getting a bigger chunk of change than me…but I am still getting some moolah back (and some money is better than no money!!) and I think I am going to spend it on Katy Perry tickets.  She is coming to in June, and I plan to have my booty there!
I also plan to FINALLY post our engagement photos...I actually have a good excuse for this one.  They are saved on a disk, which means I have to use a different computer to load them and well we have established I am pretty lazy...LOL, so that has been the delay.